During Galileo's 24th orbit of Jupiter in October of 1999, it flew by its innermost large moon, Io, snapping closeup photos.  However, many of those photos were scrambled by the effects of Jupiter's intense radiation belts. They were descrambled using ingenious software, but they still look rough compared with normal images.  I have been exploring ways to make cosmetic improvements to the images, but the results have been dissapointing.  Still, one mosaic is worth sharing, centered over Donar Fluctus (the wedge shaped feature).   The color and gaps in the data have been filled in from Galileo's 3rd and 21st orbit.

Here is another version.

Updated: Io Over Jupiter's Terminator (and also a bit of historical perspective) 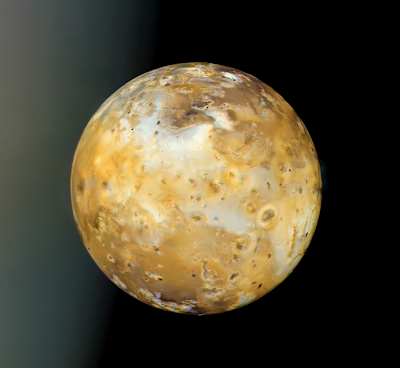 On March 4, 1979, Voyager 1 snapped an exquisite mosaic of Io as it completed a transit above the Jovian cloud tops. This is an improved version of a mosaic of images it took that I posted in August.

The next set is a comparison to show just how far planetary imaging has come.  The top row shows the best images of the Jovian moons Io and Ganymede from the Pioneer mission in the early 1970s as they flew by Jupiter.  The Pioneer probes were spin stabilized which (at least in those days) made it impossible for them to carry a true camera, so they had to scan line by line to build up an image.
The bottom row also shows images of  Io and Ganymede, this time from the mid 2000s, taken by the Hubble Space Telescope.  For comparison, please keep in mind that they don't show the same parts of each  moon and the illumination angle is different, especially for Io.  Still, the Hubble images, taken from low earth orbit, are far superior.  How far we have come! 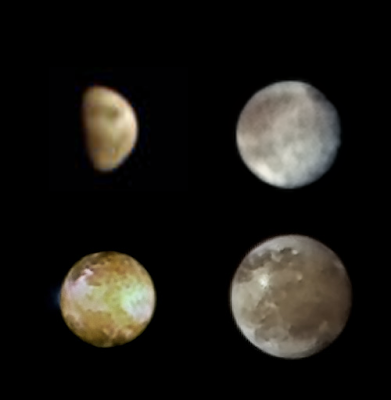 The image below is Galileo's view of Jupiter's moon Ganymede. It was taken on February 27, 1997.   Missing areas were filled in with other data, and color was taken from other datasets as well. 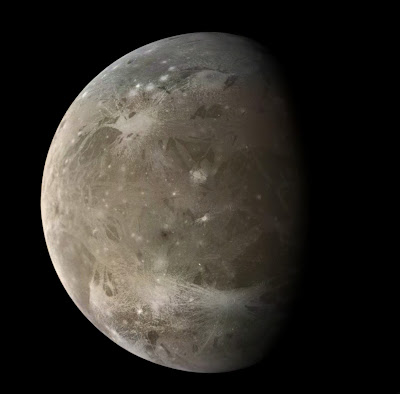 On March 4, 1979, Voyager 1 snapped an exquisite mosaic of Io as it completed a transit above the Jovian cloud tops.  Unfortunately, the apparent motion of Io was so great with respect to Jupiter that it is very difficult to assemble.  I still plan to do further tweaking, so this is somewhat of a work in progress.  The bit of Jupiter visible is simply the last bit of haze that caught sunlight at the edge of the day side, so there isn't much detail to be seen.  The view of Io is quite sharp. 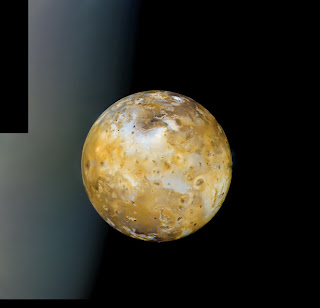 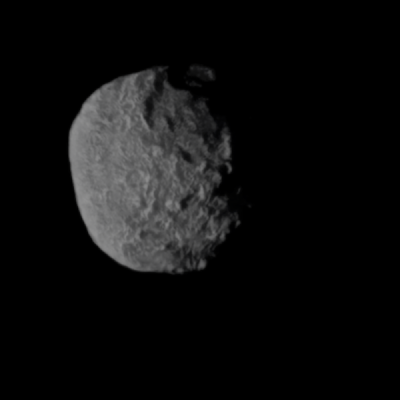 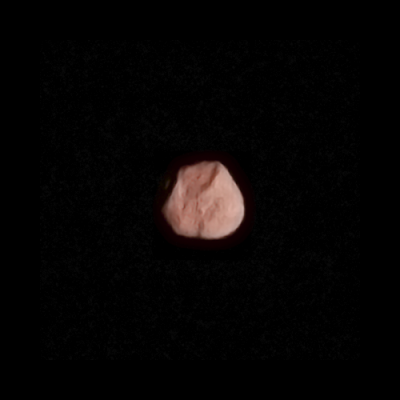 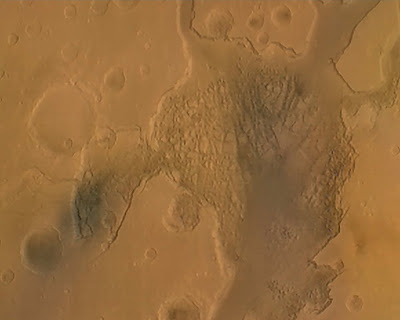 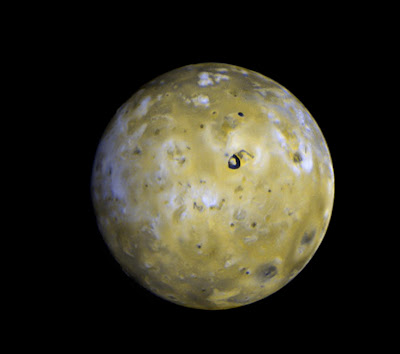 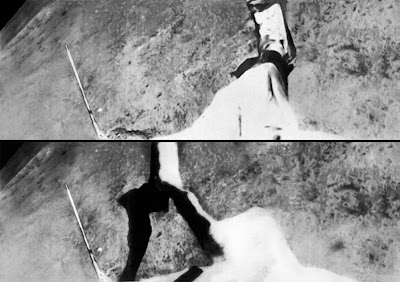 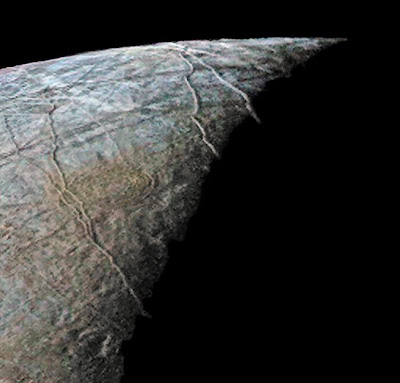 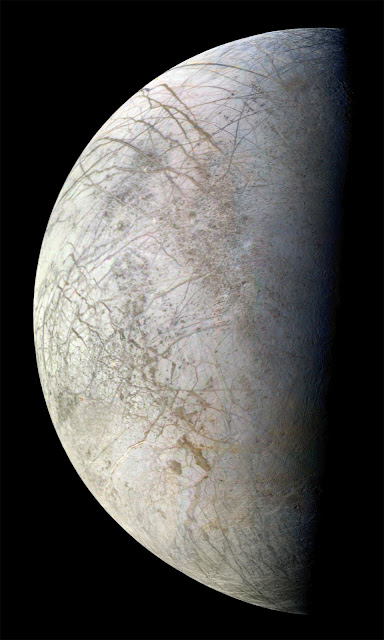 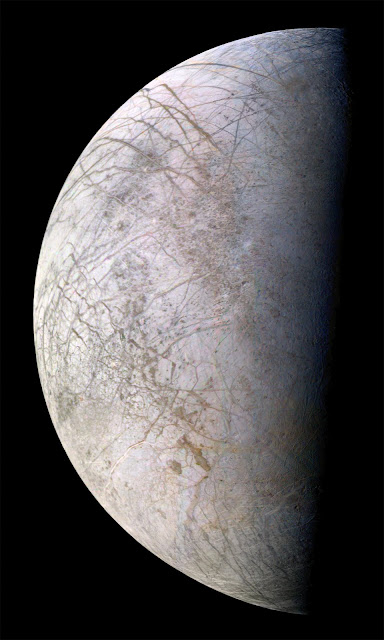 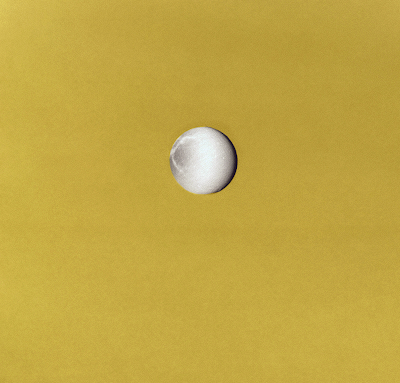 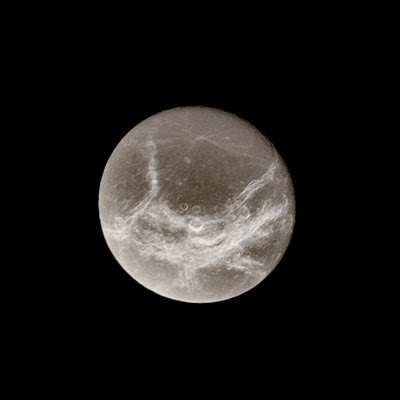 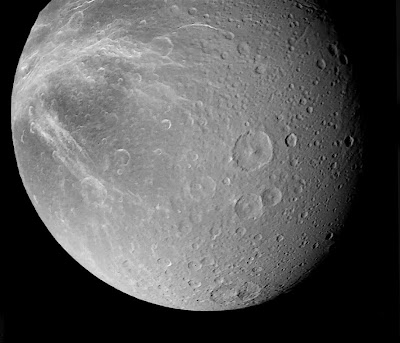 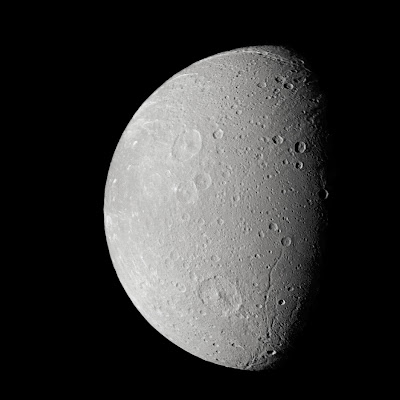 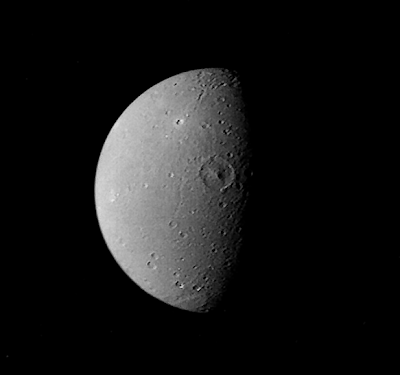 This pair of images, obtained by Phobos-2 in 1989, make a good example of what Phobos-2 images look like.  The aspect ratio has to be fixed, and extensive noise removal, calibration, and cleanup is needed.  Also, due to the significant time lag between images, Phobos and Mars have to be processed separately, because they have shifted relative to one another.  Color has to be filled in for areas of Mars obscured in one image but not the other. 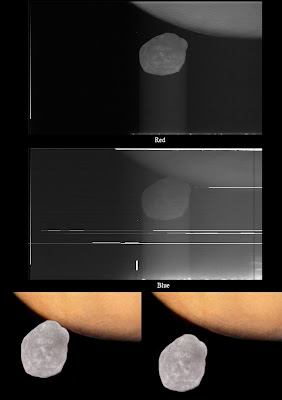