Enceladus from the Voyagers

I don't have much time for a post today, but I thought I would add some Voyager images of Enceladus. I have posted versions of these before, but I have made some improvements.  Voyager 1 imaged the active southern hemisphere of this Saturnian moon, but was so distant that not can be seen (although it might be possible to look for albedo changes). 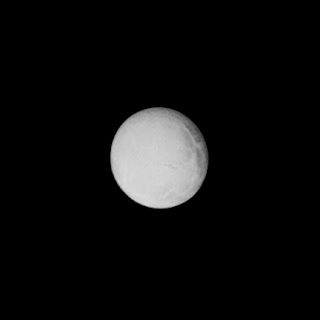 Voyager 2 passed much closer, but it viewed the older, cratered northern hemisphere.  The Saturnian equinox just having past, Cassini will finally get a good look at these areas over the next year or two.  The first view shows the best color view obtained by Voyager, in that it is made from orange (the closest thing Voyager had to a red filter), green, and violet filtered images. 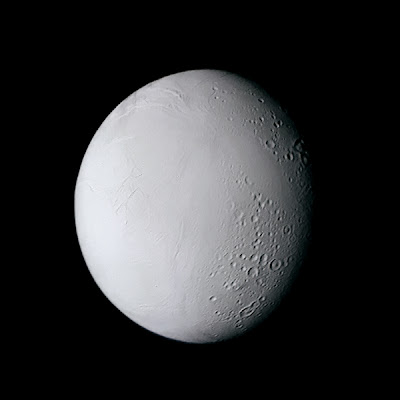 The highest resolution image set does not include an orange image, meaning that to generate a color view, one has to use green for red, making a very unsatisfactory result if one is trying to replicate what the eye might see.  Voyager 2 was supposed to obtain slightly better images, but its scan platform problem prevented this. 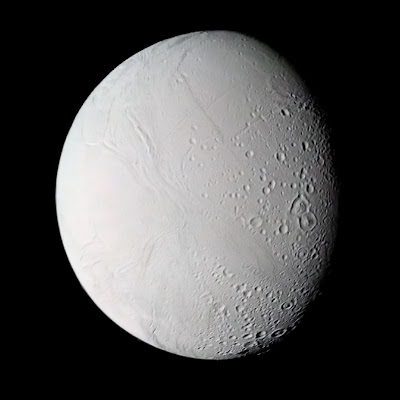