On March 29, 1974, Mariner 10 became the first (and only until 2008) spacecraft to encounter the solar system's innermost planet.  Given its odd combination of filters and calibration issues, the images were often only seen in their black and white form.   I have created mosaics from the inbound and outbound imagery and used more distant views to create a color overlay.

Here is the inbound view. 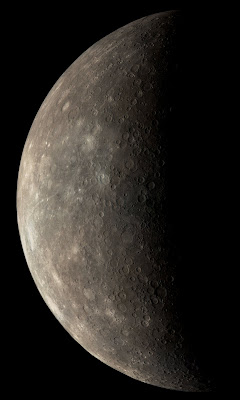 And the outbound view: 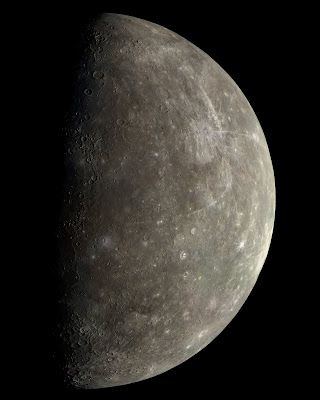 On Mariner 10's second and third encounters, the approaching and receding views were quit similar.  For a diferent perspective, here is a wide angle view of Mercury taken during the second flyby (September 21, 1974), looking down on Mercury's south pole. 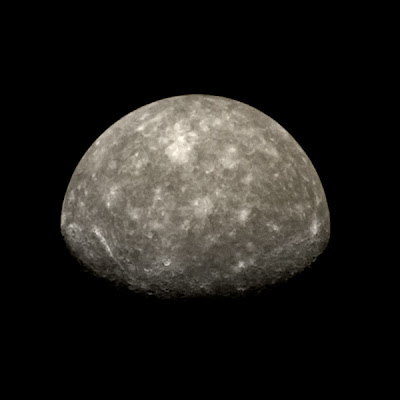 It is so similar to the moon, yet so different... brilliant..