Since Voyager departed Neptune, no spacecraft has made a followup visit, and no future missions to Neptune have made it out of the follow-up stages.  Our best views have come from the Hubble Space Telescope.  Hubble first viewed Neptune, using the original Wide Field / Planetary Camera on July 10, 1991, less than two years after Voyager.  Triton can be seen to the right. 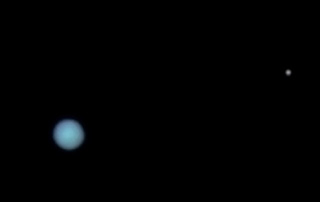 One of the best images of Neptune taken by Hubble was taken using the now-defunct high resolution channel of the Advanced Camera for Surveys (ACS).  Many cloud features on Neptune are seen, and hints at albedo variations can be seen on the disk of Triton. 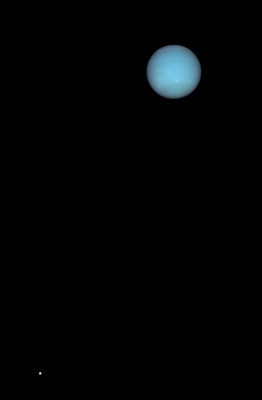 Here are cropped images from the one above. 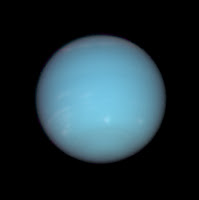 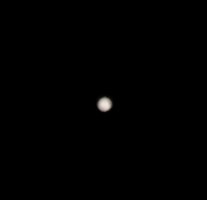 Mark Showalter recently completed a set of observations using the newly installed Wide Field Camera-3, which should be able to identify Neptunian rings and moons too faint to be seen by Voyager.  Even though we haven't been able to visit, exploration of  the Neptunian system continues!
Note:  The fact that Triton appears larger relative to Neptune in the first image compared to the second is a result of the fact that the pre-repair 1991 image is a bit blurry, even after processing.
Processed images Copyright Ted Stryk, Raw Data Courtesy NASA/STSCI
Posted by Ted Stryk at 7:42 PM

New Neptune low IR image out there.
Just got it off research blogging.

Cool. do you have a link?