Enceladus from Voyager 1.  Voyager 1, unlike Voyager 2, looked at the young southern terrain, but was so distant that little of it could be interpreted. 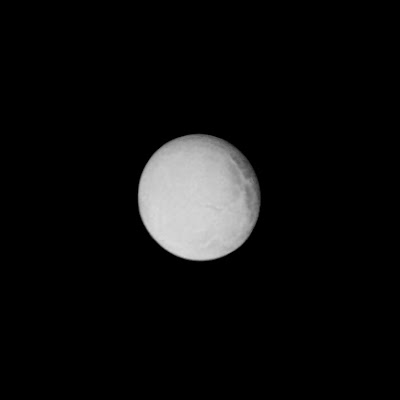 This is an image of Mathilde, a battered main belt asteroid encountered by NASA's Near Earth Asteroid Rendezvous (NEAR) spacecraft on its way to orbit the near earth asteroid Eros.    At 52 km across, it is the largest asteroid yet visited by a spacecraft. 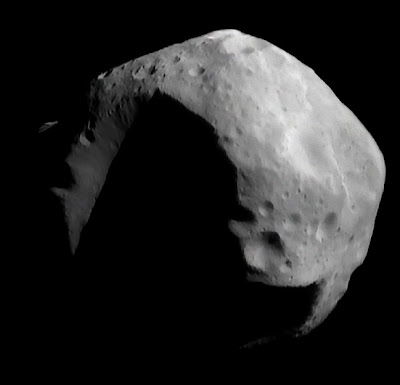 This image is a reprojected portion of Galileo's highest resolution view of Loki, one of the major active volcano's on this fascinating moon.  It was taken on Galileo's 31st orbit.  While it usually appears dark compared with its surroundings, in this version it appears to have bright areas due to the extremely high phase angle.  Loki is on the feature seen on the terminator just above the middle. 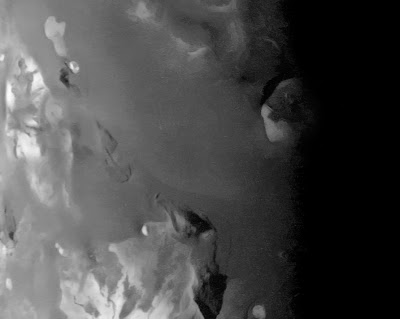 Here is another version, which utilizes high pass filtering to better show features within the caldera. 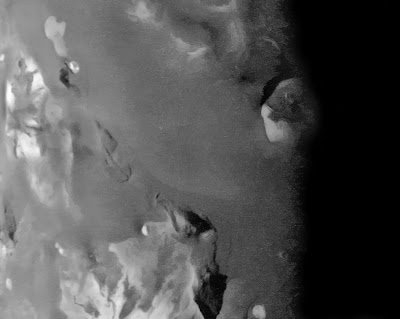