A new version of an earlier Triton mosaic.

A few years ago, I posted this massive installment of Triton images. This is the large, high resolution mosaic seen through a high pass filter to cut down on the effects of illumination differences - such filtering helps to focus on smaller features across the image. 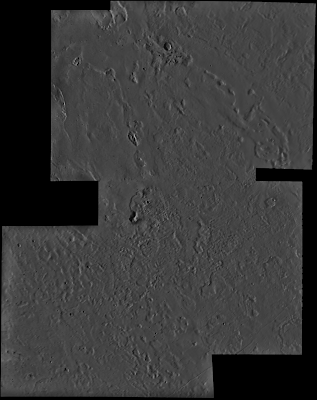 A (nearly) full Callisto from Voyager 2

This is one of the best full-phased images of Callisto available.  It was taken by Voyager 2 during its 1979 flyby of Jupiter just before Callisto fully filled the field of view of its narrow angle camera. 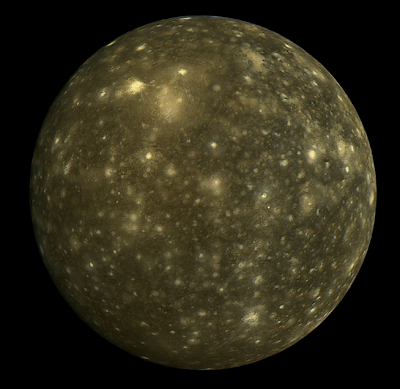 In Honor of Phobos-Grunt, a View of Halley's Comet from Vega 1

The Russian Space Agency attempted to return to planetary exploration this month with November 8th's launch of Phobos-Grunt.   It would be only the second planetary mission launched by Russia since the demise of the Soviet Union (the first was the ill-fated Mars '96).   It is currently stuck in earth orbit, and whether or not it can be salvaged will be known in the coming day or two at the latest.

This image is a stack of three images taken of the nucleus of Halley's Comet by the Soviet Vega-1 spacecraft as it flew by on March 6, 1986.  The images were badly blurred by optical problems in the camera, so a lot of deconvolution had to be applied.   Bright gets can be seen emanating out of the long, skinny nucleus. 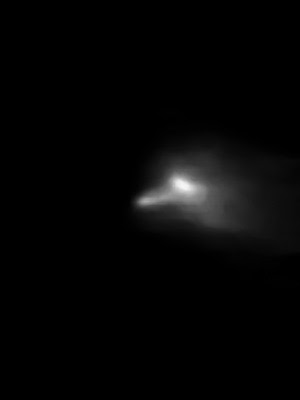 Processed Image Copyright Ted Stryk, Raw Data Courtesy the Russian Academy of Sciences.
Update:   Phobos-Grunt Status - this does not look good.
Experts assure that "Phobos-Grunt" will not crash on Moscow
http://www.rosbalt.ru/moscow/2011/11/11/911410.html
MOSCOW, November 11. In the case of a uncontrolled re-entry, Phobos-Grunt’s inclination allows it to crash into half of Eurasia, but in Moscow is not in the area in which it could crash crash. This is according to  RAI Navosti magazine News of Cosmonautics editor and columnist Igor Lisov.
"Barring a miracle, and experts fail to establish communications with the mission, it will remain out of control. If it is out of control, then there is the option to shoot down with a missile. We know that China and the U.S. have facilities, which can bring down the spacecraft" - said Lisov.
Recall that the launch of the Phobos-Grunt" took place on 9 November 2011. After separation from the booster, the spacecraft went into a parking orbit around the Earth. It then experience a problem, because of what tits propulsion system did not operate and so it did not end up in a transfer orbit to Mars, but remained in near space.
Now ground control is trying to establish communications with the spacecraft; however, it did not respond to commands from Earth. According to specialists, if the spacecraft cannot be saved, then it may fall to Earth on November 26.
Posted by Ted Stryk at 7:04 PM 9 comments: