Presently, the Cassini orbiter is still circling Saturn.  The Saturnian season is now nearly the same as it was in  when Voyager 1 flew through the Saturnian system.  In fact, the three spacecraft that flew by each other did so roughly once a year, one after the other.  Pioneer 11 flew by in September, 1979, just before a ring plane crossing (and looking at the unlit side of the rings).  Voyager 1 flew by in November 1980.  Voyager 2 flew by in August, 1981.  Thanks to the greater tilt of the rings relative to the sun, they appear noticeably brighter than they did for Voyager 1.  Here is a sequence, showing the planet as it appeared to each spacecraft on approach to the planet. 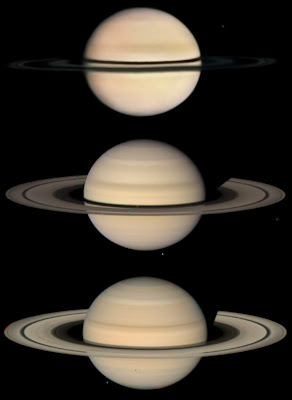 This is one of the the last views of Io taken during the Galileo mission.  It is nominally one of the highest resolution global views, although noise and an increasingly unsteady spacecraft conspired to degrade it considerably.  The plume, visible in the upper right, is artificially brightened. 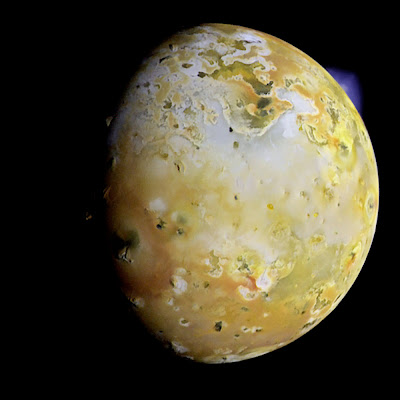 A "New" Galileo View of Io

This view of Io is a combination of three images taken over a span of about 40 minutes at around 16 hours on March 31, 1997 (orbit G7).  While taken only for the purpose of optical navigation, when combined, these images show a significant amount of Io's limb (both in Jupiter shine and in sunlight).  At the very bottom, the sampling is so poor that nothing reliable could be brought out.  I also removed any "plume" that was based on only one image or that was based on one pixel (due to interpolation, such a feature might appear as big as three pixels across and therefore be deceptive).  After doing so, only one plume-like feature remained, corresponding to Io's Pele volcano.  It is exaggerated for visibility in the following image.  Please note that the processing to bring out the plume also brought out a few spurious 1-pixel features.   Missing areas of the image were never transmitted. 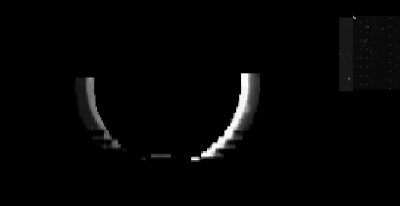 Since a view like this is hard to interpret, I combined this dataset with reprojected images, mainly from this orbit but a few from neighboring orbits, some adjusted to the nightside brightness where appropriate, in order to fill in the gaps.  Please note that not all the data in the above image is as overexposed on the dayside as it appears here (I stretched the contrast to aid visibility of the plume).  I also created a color overlay from this and other orbits.  Both images in this post are shown at 2.5x original size to aid visibility. 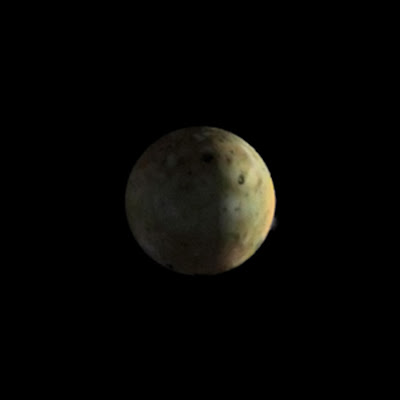 While the above image is mostly the fill in data from G7 and other orbits described above, data from this OPNAV set was used where available.  The purpose of this image is to show Pele's plume in context.

A Nice Little View of Europa

This is a mosaic of Europa from Galileo's sixth orbit, taken on February 20, 1997.  Color data is taken from other orbits.  It shows a wide variety of terrain types found on this mysterious moon. 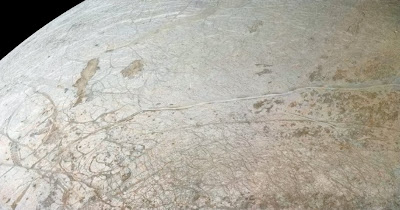 This image, taken on August 26, 1990, was Hubble's first image of the planet.  Obtained using the wide field channel of the original Wide Field and Planetary Camera, it was still sharper than groundbased observations at the time (this is no longer true). 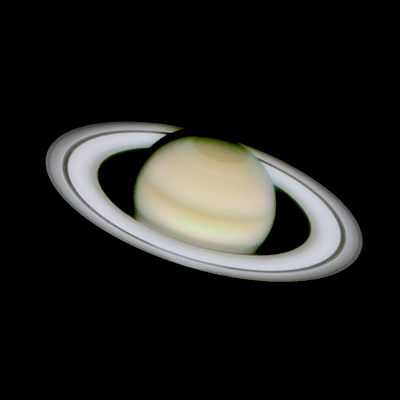 Here is a close-up of the Jovian cloud tops from Galileo.  It was taken on January 1, 2001.  This was during the same time as Cassini was making its distant flyby.  It isn't that significant an image, but considering it is the first time I have had time to work on an image in two months, I figure I should post it. 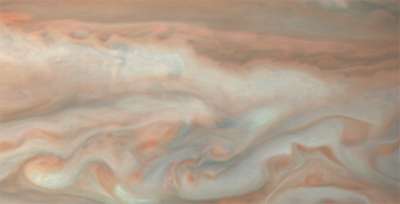 This view, taken on October 26, 1996, during Galileo's second orbit of Jupiter, shows a crescent Ganymede and Io.  Missing pieces of Ganymede and Io are filled in from other orbits (the tips of Io's red crescent and a small portion of Ganymede's center).  The color is taken from other orbits.  This image was taken for the purpose of optical navigation, but it is still a pretty view. 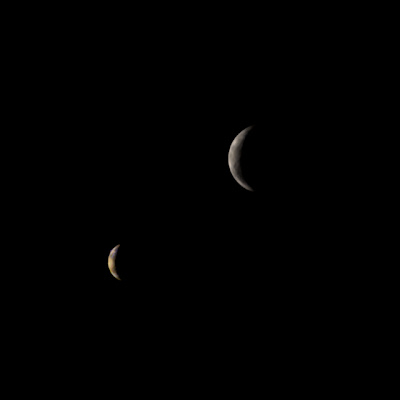 This is the crater Khittu on Ganymede.  It was imaged in color by Galileo in 1996.  Although this image has undergone extensive processing to improve clarity, the compression of the original data does limit its quality. 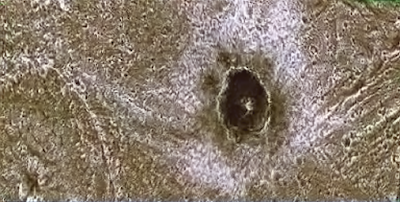