NASA's DAWN spacecraft is approaching Vesta, the second most massive object in the asteroid belt.  It is now about 200,000 km out, and the view is getting very interesting.  Here is a stack of several frames taken on June 20, 2011, and released as part of an approach movie on June 23, 2011. 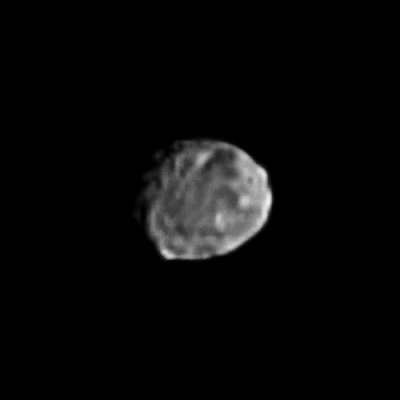 Data Courtesy approach sequence/movie released by NASA/JPL-Caltech/UCLA/MPS/DLR/PSI.    Much thanks to Emily Lakdawalla of the Planetary Society for breaking up the individual images in the movie.  Processed Image Copyright Ted Stryk
Posted by Ted Stryk at 4:52 PM No comments: