Looking Down On Jupiter's North Pole.

In December 1974, Pioneer 11 became the second emissary of humanity to visit Jupiter.   Being a spin stabilized spacecraft with essentially no onboard memory and only able to transmit at 2048 bits per second, it carried no real camera, but it did carry the Imaging Photopolarimeter, basically a scanning one-pixel photometer which scanned along with the spacecraft's spin.  By doing this, it could, over time, develop crude pictures.  In high resolution mode, the images were at most 14 degrees wide and 466 pixels across (although in practice most were much smaller.  And given that the spacecraft was moving quickly and these scans took around half an hour, the ones near closest approach are, in addition to being frustratingly small, badly distorted.  Although attempts were made to correct for this, they were made with 1970s computing power, so they are limited, and since the digital data is missing (perhaps forever), all we have to work with are scans of these attempts.

Pioneer 11's dataset is unique in that after passing Jupiter, it looked down on its north pole as it headed off across the solar system toward Saturn.  No other spacecraft has gotten such a direct angle on a Jovian pole (although Juno will do so next year), but the global images are frustratingly small.  In this view, I have combined the best six pictures (12 if you count the color pairs as individual pictures) to make a mosaic of Jupiter looking down on the pole soon after closest approach.  I think I can improve on it, but having tinkered with it a year, I am ready to share the image as it stands now. 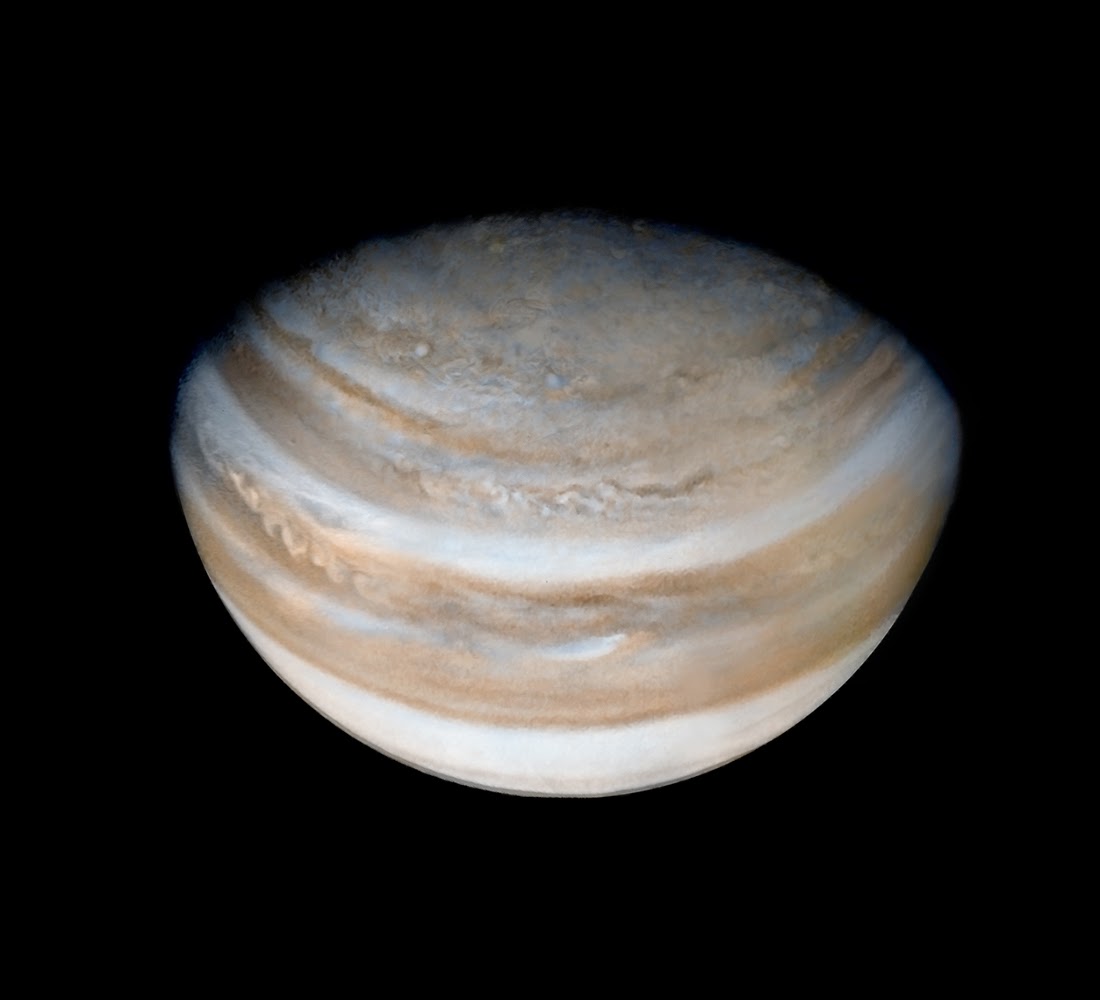