Some Recent Views of Mars from Hubble

During the 1990s and the early 2000s, the Hubble Space Telescope served in some respects as a Mars mission, checking in frequently to monitor seasonal changes and to study the surface at wavelengths unavailable from earth and/or with higher spatial resolution than could be obtained from earth's surface.  After 2003, when Mars received a lot of attention due to the unusually close approach, priorities changed.   Mars had and has a flotilla of spacecraft studying it that leave a lot of what Hubble used to do redundant, or at least relatively redundant.  After all, there are four planets in our solar system without a spacecraft currently present, not to mention countless other worlds, plus three with only one spacecraft present. So Hubble, for the most part, has focused its time elsewhere.

The exception is in the ultraviolet.  At least until MAVEN's arrival, the ultraviolet capabilities of the fleet at Mars were very limited.  Thus Hubble periodically checks in with the Space Telescope Imaging Spectrograph (STIS) and with the Advanced Camera for Surveys Solar Blind Channel (ACS/SBC).

Below is the most recent view available from STIS, taken on April 26, 2012.  Several observations have been taken this year but  none have yet been released. 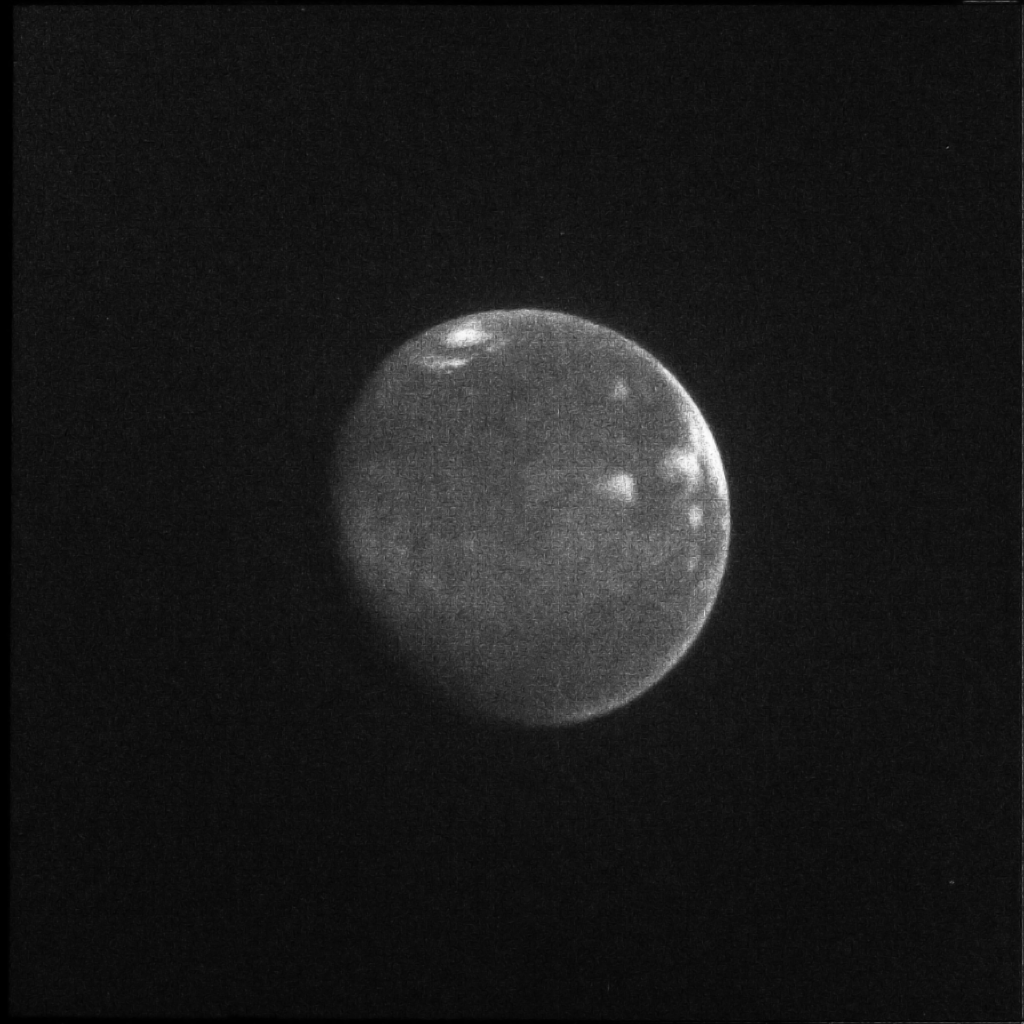 This year, ACS/SBC has also had some looks, some of which have been released.  One dataset was obtained on May 30, 2014, for the purpose of preparing for MAVEN, providing a baseline for its observations to be compared with Hubble's past observations. 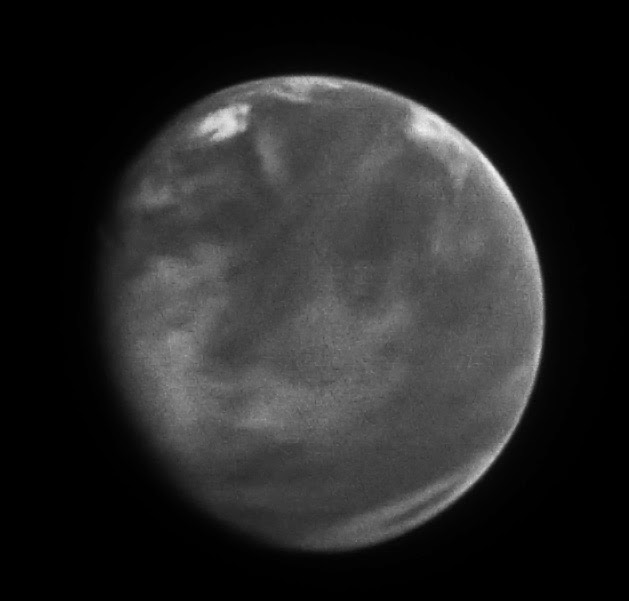 Hubble was again called into service when Comet C/2013 A1 Siding Spring flew by Mars on October 19.  Hubble of course looked on with the STIS and ACS/SBC, and one of the SBC datasets has been released.  I have no idea if it shows any effects of the comet, but it definitely show the atmosphere. 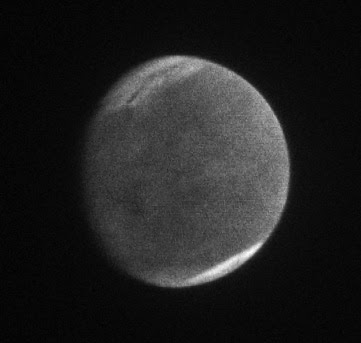 Hubble also took a look with its Wide Field Camera 3 (WFC3), the successor to its old workhorse, the Wide Field/Planetary Camera 2 (WFPC2). This was during the closest approach, when the orbiters were hiding behind Mars relative to the comet.  The primary purpose was to provide a picture for posterity, covering closest approach, but given that many of the exposures overexposed much of the disk, I do wonder if they were trying to study the terminator region.  However, Mars was quite distant during the comet flyby.  As a result, its apparent diameter was less than six arc seconds, much farther away than it has been during most previous Hubble observations.  For a comparison, I have put a WFPC2 image of Mars from the 2003 close approach next to an image from October 19, 2014.  And, given that the pixel scale was somewhat coarser on WFPC2 compared to WFC3, the actual apparent size different is slightly greater. 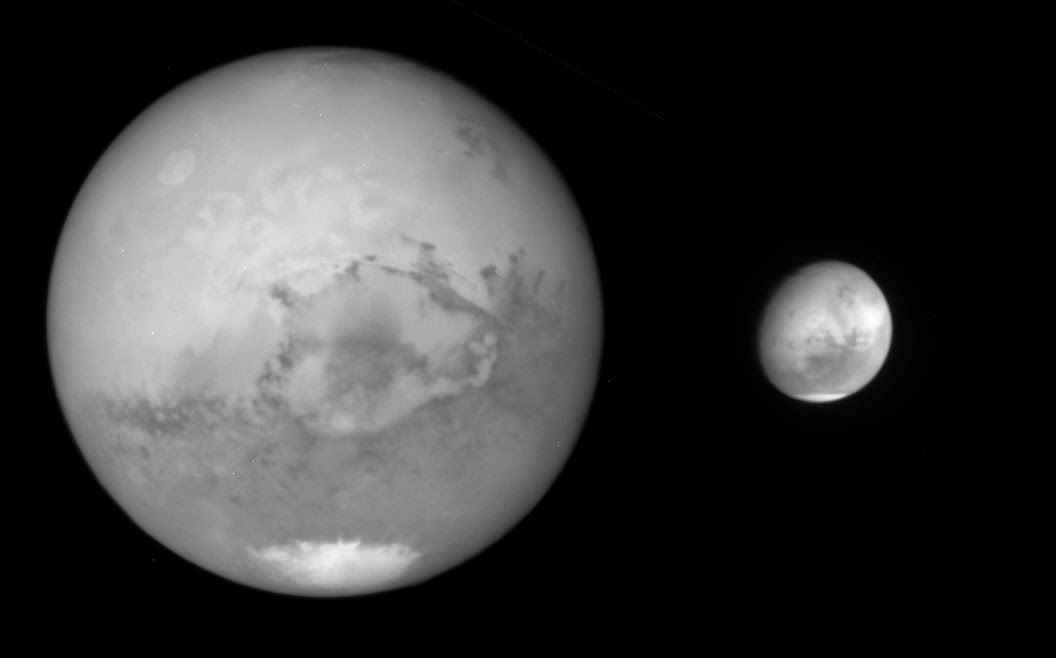 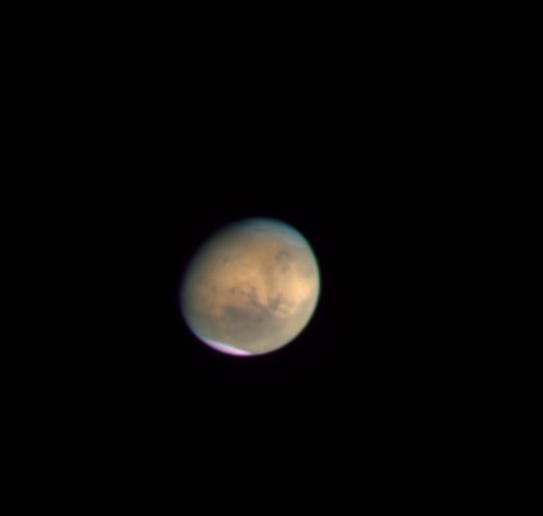 I stacked all available frames and produced the best image I could.  I even mixed in the ACS/SBC image which had higher spacial resolution, then combining it with a color overlay.  The result gives us a good idea of what Mars looked like as the orbiters were hiding behind it for protection from the comet and many around the world were trying to catch a glimpse of this historic event (well, those of us not clouded out, sniff sniff). 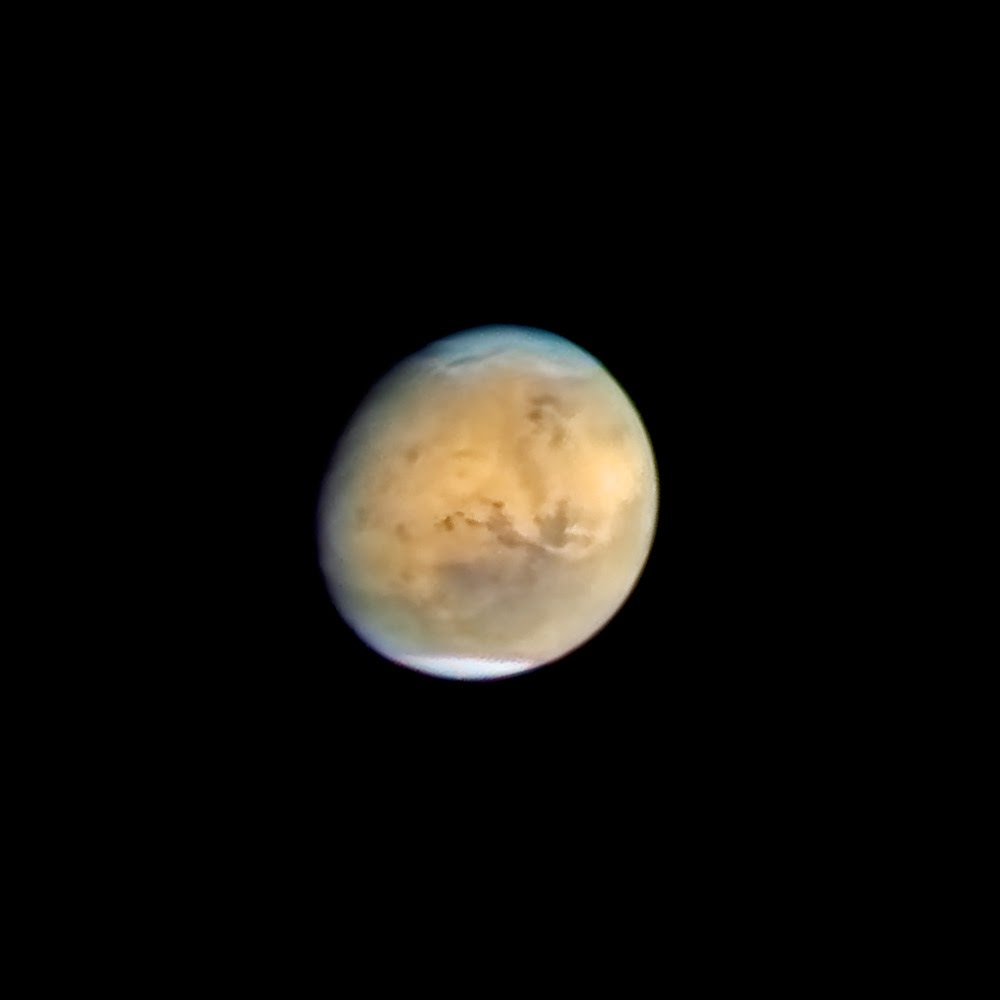